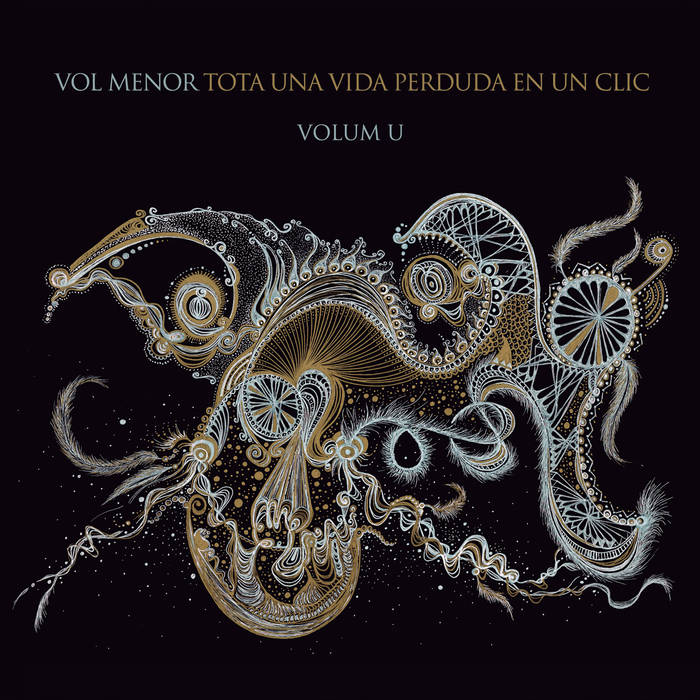 There are persons that breathe music, drink music, find music everywhere, and infiltrate music from the air through the pores of their skin. The music flows in their veins, and you’d never know the real blood/music ratio in there. I remember that time when I saw some DVD of Ben Folds. That one where he, at home, was playing piano, singing, telling stories, sipping bourbon from a rocks glass – all in the same time, and I felt like ‘Man, this guy’s really married to the music!’ cos it seemed so natural for him to make music while doing some light housekeeping activities. Like washing dishes with one hand while playing synths with another.
Carles Cuxart is obviously one of those persons. A gifted songsmith, he has been recording and releasing albums under the moniker Vol Menor for at least 7 years. Eight albums of high quality indie pop/folk were released since – including the instrumental album “My Roy Orbison” and an experimental effort “Contracorrent A L’Instinct” that contained 27 tracks of 45 or 54 seconds each. From the very beginning he is teamed up with Roger Gascon who performs the production duties and provides additional arrangements. Roger is a devoted person as well. He fronts The Lazy Lies. He plays drums for Chet. He produces the records for his local pals. He’s the Catalan indie pop community jack-of-all-trades (who said ‘Dave Grohl’, dudes?)
Two albums in 2016. Two albums in 2017. Now we’ve got the triple (!) album “Tota Una Vida Perduda En Un Clic”. The 30+ songs in total, where each and every song could be considered the indie pop/ indie folk/ twee perfection. If you listen to all three albums in a row I bet there would be no chance for you to fall into the ‘samey!’ or ‘boring!’ kind of reaction. Some true gems (most likely “Big Bang”, “Alegria”, “Monstre”, “Victimes De Victimes” and “La Moto d’en Teo Es Un Drac De Foc”) would stuck in your mind from the first listen instead. Carles proves he’s able to write songs in different styles, different tempos, of different complexity and with different emotions – all with the ease that’s almost palpable. Such diversity within the given frames of a particular genre is what makes this album so unputdownable. 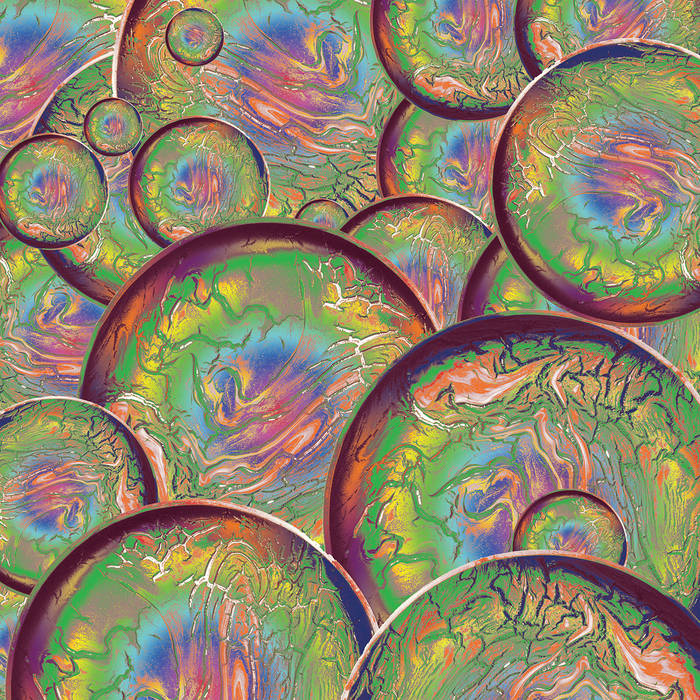 These people they are The Crusaders Of What
Whatever you think of them, in fact they are not ©

“Andromeda”, the single that preceeded the release of “Gamma Bay”, is one of the sweetest and the most accessible songs ever penned by the Canarian psychedelic orchestra GAF y La Estrella de La Muerte. It sounds like a cross-breed between Spacemen 3 and This Mortal Coil (or any other piece of delicate music 4AD Records released back in the 80’s). Guided by this track you may feel like you’re on the verge of listening to the sweetest and the most accessible GAF’s album.
But it’s not. Otherwise, “Gamma Bay” is probably the most uncompromised record since “Sociedad De Bienestar” – their Foehn Records’ debut. It seems like Mladen Kurajica’s longtime friendship with Stephen Lawrie (the core member of the Staffordshire shoegaze-gone-psych outfit The Telescopes whose latest efforts "Hidden Fields" and "As Light Return" seem to be the key references to the GAF’s newly revised sound) finally took over. So forget these mild designations like ‘a bit noisy’ or ‘slightly droning’ that you might apply to “Sunriser”, [at some point] more accessible “Gamma Bay”’s predecessor. Now, if it’s noisy – it’s the kind of ‘noisy’ that could make your ears beg for compassion (“Pitch Black”).
Definitely it’s not the kind of record you may choose to listen to while looking at your record collection guessing ‘what would I like to listen to right now?’ You’re in doubt? Go listen to Feeder. “Gamma Bay” needs the right mood and the right time. It needs your attention – I mean, ALL your attention. It’s nothing like ‘Ok, I’d have a cup of tea in the meantime’. It’s nothing like ‘Oh, how cool and nice is that!’ There’s nothing about ‘cool’. There’s nothing ‘nice’ in here. It’s the complete opposite to ‘nice’. It’s uncomfortable. It’s disturbing. It manages to sustain the certain degree of your anxiety even in the quieter or repetitive moments (aforementioned “Andromeda”, the 1st half of “Firewater”).
As you follow the album’s ups and downs getting trapped by its spins and swirls you come to conclusion that GAF y La Estrella de La Muerte have got their own inner cause and the instincts that guide them wherever they go to – even if you have no idea of what that cause is and does their final destination really exist. They know it better as at the end of the day every burst of noise builds up the melody. 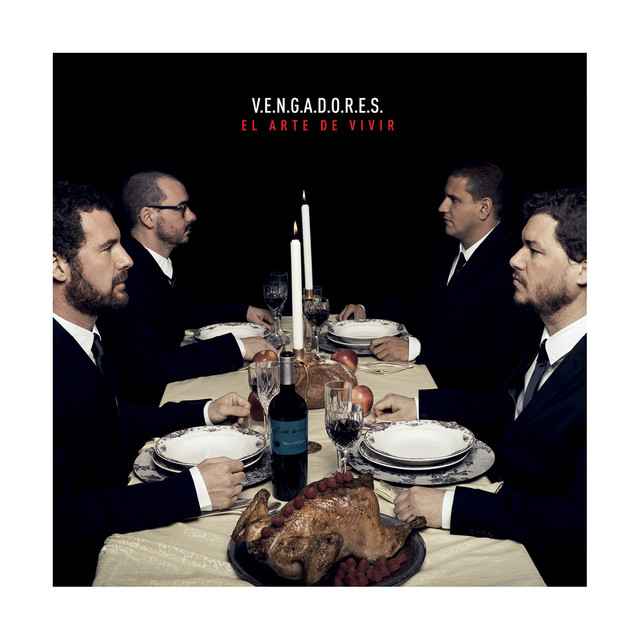 First we saw them live at the Burgos stage on Sonorama 2015. Just occasionally passed around the place and got caught by the sounds. Afterwards I purchased their then-current release "Caminos Cortos" via iTunes. It stuck in our car audio system for months.
Next we caught them whilst Sonorama 2017 and equally enjoyed their new program. We had a brief talk with the guys, they gave us the most recent album "El Arte De Vivir" as a gift. 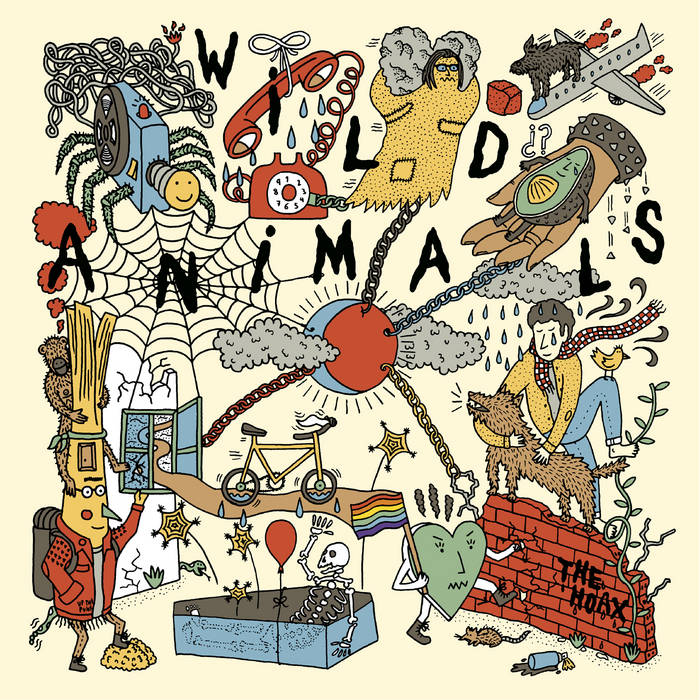 The first album of the Madrid-based trio Wild Animals was good, but it was too short and slipped through your years too fast to frame up the face of the band. Now with the amazing “Hoax” it becomes clear that Wild Animals are the missing link (both stylistically and geographically) between Galicia’s Maryland and Catalonia’s Bullitt. Surely these are the good news for those who embrace that subgenre of melodic alternative rock that comes close to pop-punk neither being ideologically true punk nor falling into Blink 182 kind of guitar pop.