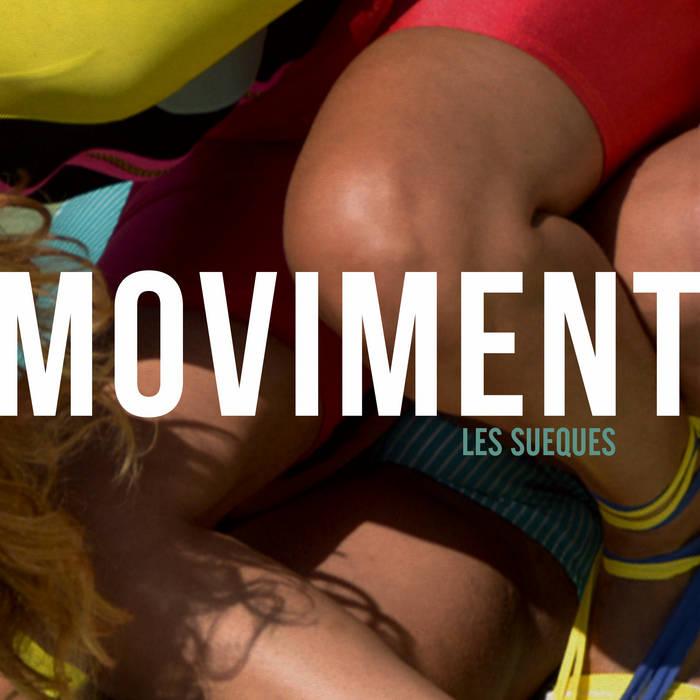 "Educacio Fisica" was the pretty nice album, but in comparison to the new effort it sounds just like a try, like an attempt at writing. "Moviment" is denser, louder, catchier and more multilayered. It is more refined almost in every possible way (it was partially recorded in London - maybe this fact affected the final result. Maybe not). While the songs improved this didn't affect the fact the band's still got the vibe that could cause unintentional dancing while listening to the album. And I can't help but feel this is how 'the next step' should sound like.

P.S. Just to remind you: "Educacio Fisica" itself was really nice album, and the superiority of the new record doesn't make it any worse. I've never considered myself a massive fan of post punk, but obviously some of the albums I adore the most are based upon it: Igloo's "#2. La Transición de Fase", Villanueva's "Viajes de Ida", to name a few - and now Disciplina Atlántico's "Gran Oriente". The most frequently talked fact about Disciplina Atlantico is the band's close connection to Ornamento Y Delito. It's hard to avoid the similarities in both bands' sound - call it the family ties or DNA - but Disciplina Atnantico stands out as a valid creative force and deserves to be reviewed without any comparisons or accusations of being derivative.
This is loud. This is disturbing. The guitars are buzzing and clanging and scraping the strings of your nerves. The synths are pouring some frosty suspense to the picture, and the voice of Ricardo is splattering with sarcasm - it sounds like he's not in good terms with the things he sings about. Even when he narrates neutral or positive subjects (like, for instance, revealing "A Woman Under The Influence" to be his favorite John Cassavetes' movie) it sounds like there's a false bottom to  it.
This music wasn't made to please you in the easiest of ways. Rather it's made to test you, to sort you out: are you in, or should you get the fuck out.
For me, I'm surely in. 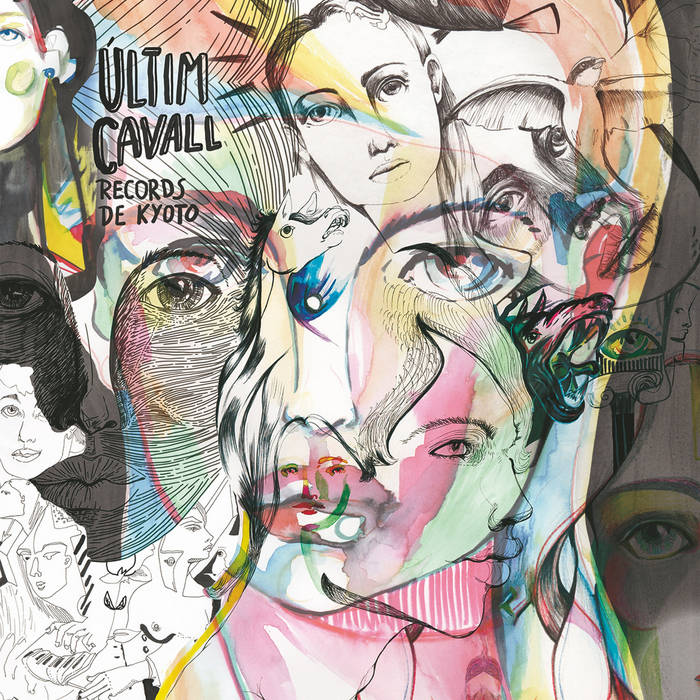 You cannot judge the book by its cover, says the canon. However, sometimes the cover says it all, and, frankly, in the past I’ve purchased a lot of records having never listened to a single song by a certain band, making my decision only by the first glance at the album’s cover. The truth is if I accidentally run into a physical copy of Ultim Cavall’s “Records De Kyoto” I’d buy it without much thinking. And it would be cool cos the album is a delight. It is unpolished record, it is the record that can’t manage to stay within the firm frames. What is it really? Indie pop? Noise pop? Psychedelic folk? The tiny folk song gets clouded by the fuzz fog and drifts into the psych-pop field under the nugaze pennant - it’s something like that. It’s not a calculated record, you can almost physically feel like it moves along only by the instincts - and that’s what makes it truly perfect. 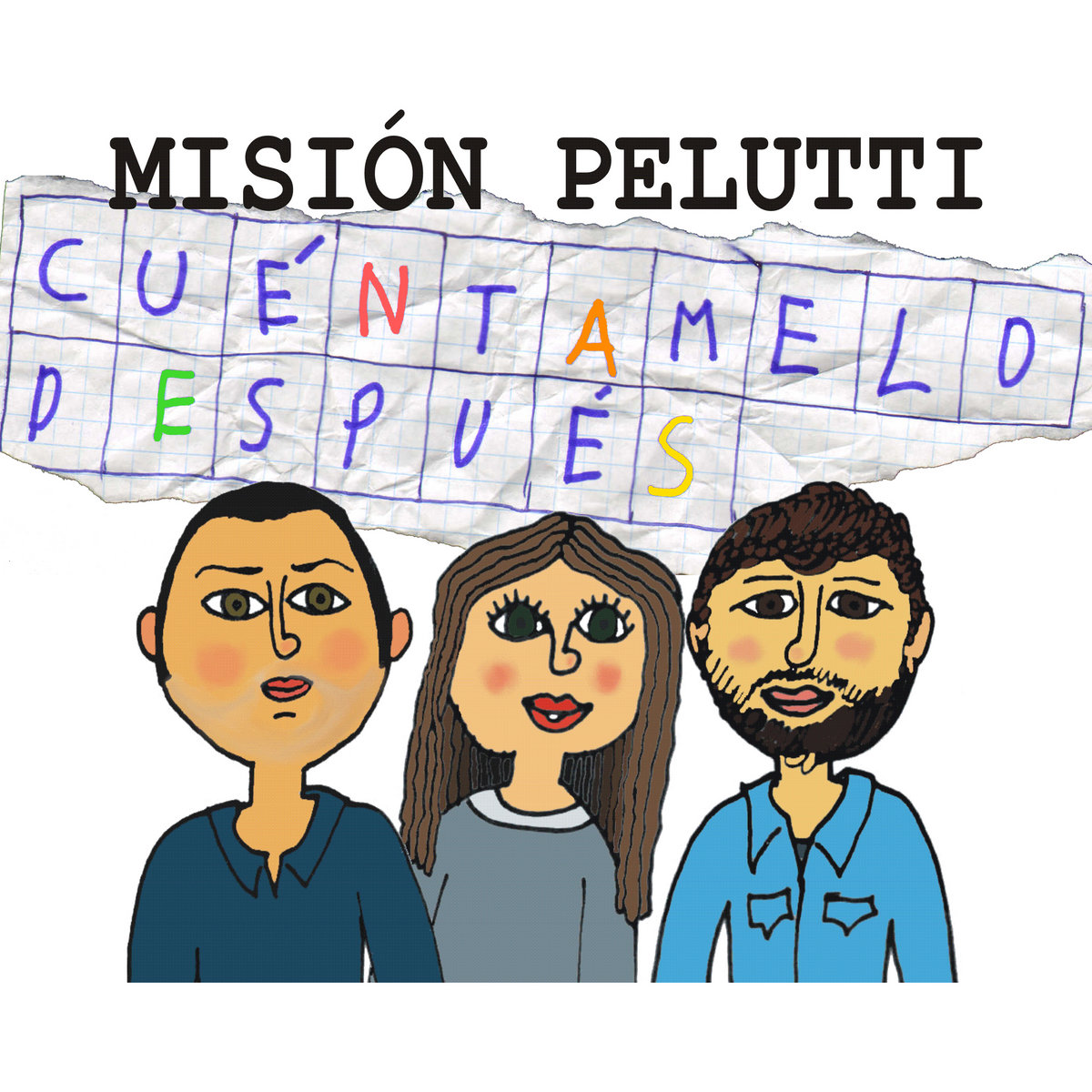 I like Cadiz. I've never been there, but for some reason I like it very much. Just look over it on the map - how could one not fall in love with it?!
One more reason to love Cadiz is it's burgeoning indie scene with remarkable past (El Hombre Burbuja, Los Hermanos Dalton) and encouraging present (Homeless, Detergente Liquido). Mision Pelutti is the new entry to Cadiz indie - though, I believe, every one in this trio has the music-related past. Initially I thought "Cuentamelo Despues" is an EP, but the band continues to uplodad the new tracks to the album's bandcamp page, so probably in the next couple of months it will grow to the full-blown longplay. Musically it is indie pop at its best: funny. breezy, touched by the light psychedelia - and it's recorded with the wilful negligence in lo-fi aestetics. The lyrics are typical for the genre concentrating on different 'you & me' things - both good or bad - with multiple la-la-la's in choruses. Spain itself has the excellent traditions in indie pop (the back catalogues of Elefant Records and/or Jabalina Musica say it all) so there's no surprise a debut album by a young band could be so fresh and promising.